3D observation of the quality of the paint surface

Conservators are very much concerned with maintaining the image quality of paintings. This requires maintenance of the support and paint composite, avoiding large changes in the physical conditions i.e. by controlling the climate surrounding the art works and preferably keeping large changes in chemistry within the paint composite to a minimum. I once used as the title for a talk: When the painter is done, the chemistry begins.

Painters rely on chemical processes for solidification of their work. The distribution of the colors should be fossilized in such a way that the original intention remains. We now begin to understand that major chemical changes occur on the nanoscale that transform the original natural products such as oil and egg into a more and longer lasting stable form where the metals provided by various pigments play a key role [1]. A metal coordinated organic network results.

Remarkably, the multilayer systems that painters lay down have survived the time rather well in many cases. But not always. Roaming metal soaps can destruct the layer morphology by forming liquid crystal aggregates that protrude leading to paint loss albeit on a microscopic scale at the surface. The adhesive forces between paint layers and/or ground can be disrupted due to soap formation for example zinc soaps in the ground leading to delamination. Soap formation in the ground can lead to increased transparency in the paint layers above. Increased transparency due to metal soap formation in the surface layers can lead to loss of hiding power and loss of light reflectivity thus making the picture darker. Soaps can react further with atmospheric carbon dioxide leading to new crystals that severely disrupt the quality of the image.

Many of these processes are now recognized and further investigated by art scientists and conservators. The observation and recording of the quality of the image and especially the surface of paintings is therefore of great importance not only to know what the present condition is but also to try to predict the condition in the future. The recording is however technically difficult but luckily new solutions are on the horizon.

In the last five years I have had the privilege to work with Emilien Leonardt from Hirox (www.hirox.com) on the 3D digital surface microscopy of paintings such as the Mark Rothko’s Seagram Murals at Tate Modern in London [2], Vermeer’s The Art of Painting in the Kunst Historisches Museum in Vienna, and Vermeer’s The Lady in Blue reading a Letterin the Rijksmuseum in Amsterdam. Why privilege? Because seeing the surface of paintings in 3D at high magnification is an eye opening experience. The surface is seen and recorded digitally at higher magnification (up to 7000x) so that the surface corrugation can be measured in detail and profiles can be made. Because the camera can be moved in the Z-axis in 250 nanometer steps, a full in focus 3D picture can be obtained of the surface of a painting. 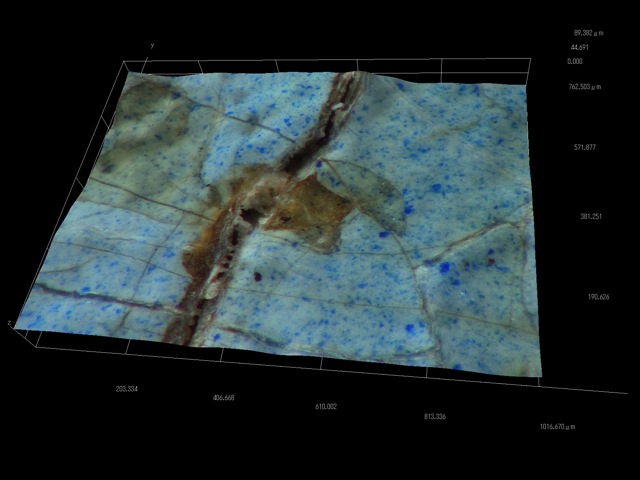 Fig. 1 shows as example the distribution of ultramarine pigments particles in Vermeer’s paint including a large crack. Comparing surface pigment distributions between paintings is now possible without taking samples although those are still necessary for the stratigraphy. The possibilities are manifold as has been shown recently by the KHM in Vienna who bought a Hirox-7700 in 2009 and applied it to many different problems and works of art [3]. In the mean time the Rijksmuseum and the Louvre have acquired a similar microscope.

The Hirox system was developed as a traditional microscope for smaller objects whereas paintings are large surfaces that are either laid down horizontally on a table or mounted vertically on an easel or even on the wall. The solution was to develop a horizontal stand with an X-Y movement on which the microscope camera was mounted. This stand was developed with the help of Iliya Cerjak, a design engineer at AMOLF in Amsterdam. Last week, we took the stand by airplane to Oslo where Emilien Leonardt, Norwegian conservators and I did measurements in the National Gallery, the Munch museum, the Henie Onstadt museum and the Cultural History museum. 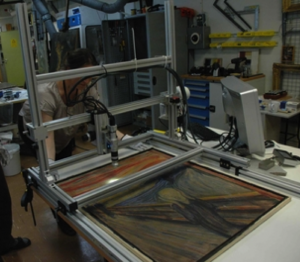 FIG 2 Hirox microscope camera mounted on MOPAS horizontal stand ready for study of the Scream by E. Munch in the studio of the National Gallery in Oslo.

Fig. 2 shows the horizontal stand with the mounted camera in the conservation studio of the National Gallery where the surface condition of the first Screampainting by Edward Munch was studied. The motorized linear bar with the mounted microscope-camera made it possible to advance in a steady pace with small steps (.25 mm) at a magnification of 240x while the software of the microscope stitches the individual pictures into a large strip or map.

FIG 3. Tiled image of an impasto vermillion brush stroke on the surface of the Scream.

Fig 3 shows vermillion impasto paint in side lighting using the tiling mode. With some rebuilding the stand could be used for observation of a painting in the storage room of the Munch museum (Fig 4). Such a vertical stand can be built without the table but weight limitations on the plane prevented taking more parts. The surface of green and blue paint was observed with the Hirox rotary head on the microscope camera making it possible to obtain a side view of the condition of the paint surface. 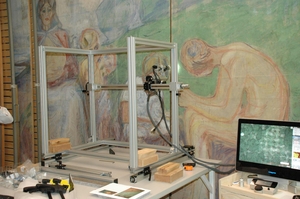 FIG 4. Rebuild horizontal stand for vertical examination of the large Alma Mater painting by Munch in the storage room of the Munch museum.

Fig. 5 shows that many paint particles are hardly attached to the support, a problem that was known but very difficult to show in images. Needless to say that the conservators from several museums in Oslo invited by conservator Ida Bronken were impressed with the possibilities of 3D microscopy for their work. Many felt that it also had great potential for showing the condition of the works to the museum public and of course to students of art history and conservation. 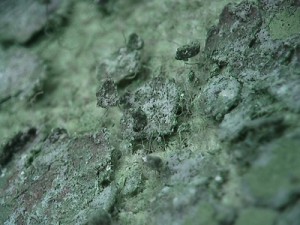 The 3D microscopy played an instrumental role in our earlier work on the surface condition of the Rothko and Vermeer paintings but we were limited by the difficulty to mount and orient the microscope with respect to the paintings. I feel that with the new stands for the microscope camera we are opening a whole new world where I can imagine that the conservator will soon observe with video goggles while working on a microscopic scale restoring a painting.

In a couple of weeks we will investigate the effect of solvent cleaning on paintings at SRAL in Maastricht using the Hirox system with horizontal stand in preparation for the restoration of the Van Eijck altar piece in Ghent. Being so excited about these recent developments, I felt compelled to share this excitement with my colleagues in ICOMCC.

More on the microscope: www.hirox.com

More on the stands: molartadvice@jaap-enterprise.com