Vermeer’s The Art of Painting

Johannes Vermeer painted the Art of Painting in the year 1667/8.  It shows all the marvelous skills that the master had developed. He was very attached to this painting. Even his wife tried to keep the painting in the family after he died in 1675 when she was declared bankrupt.

The painting is presently in the Kunsthistorisches Museum (KHM) in Vienna. During 2008 and 2009, I participated as art scientist in the research team of Elke Oberthaler, head of painting restoration, to find out why the painting had suffered such major paint loss in the 20th century. We found out why the paint loss occurred but also discovered new reactivity inside the painting as a result of its restoration in 1998. The research was made public in 2010 with a technical exhibition and various articles in the exhibition catalogue. 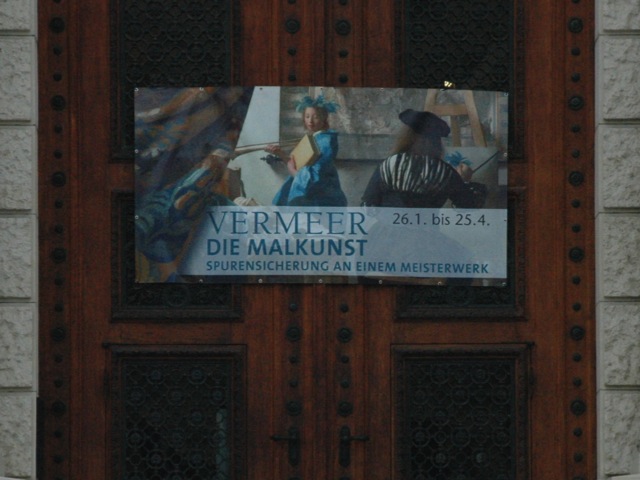 The technical exhibition was a uniquely devoted to the provenance, the various props in the painting such as the images on the map, the map itself, the candelabra, the tapestry, the cloths of the artist. A display case with camera obscura to demonstrate the perspective and the results of the technical examinations on macro and micro-level. 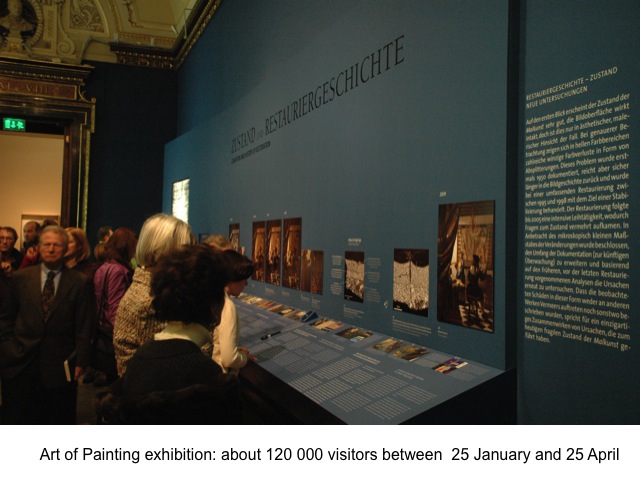 The catalogue is written in German with an English translation of the text and figure captions:

Jaap J. Boon and Elke Oberthaler: Mechanical weakness and paint reactivity observed in the paint structure and surface of The Art of Painting by Vermeer – pp. 328-335
NEW APPROACHES

The surface examination of the painting was carried out with a Hirox digital surface microscope (www.hirox-europe.com) that allowed not only to see fine details of Vermeer’s painting technique and optical tricks but also gave us insight in the distribution of paint particles, pin point losses and the loss of larger paint flakes. 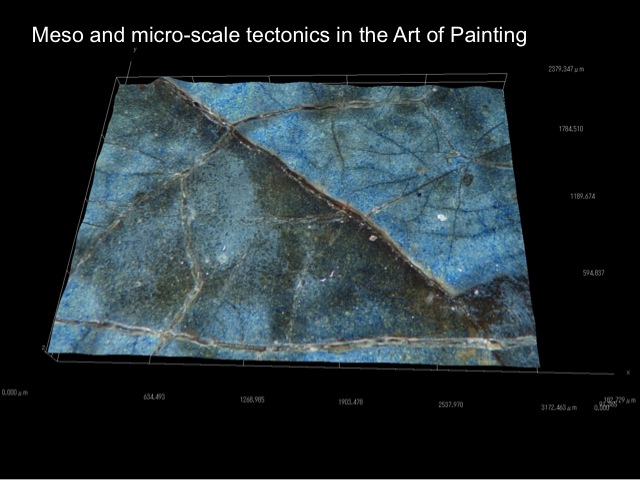 Another new technical approach was the application of Xray tomographic microscopy (XTM) at the TOMCAT beamline of the SLS synchrotron @ Paul Scherrer Institute in Switserland.

XTM was applied to several paint micro-samples that gave us the opportunity to visualize the possibie mechanism of the fractures that lead to the loss of surface paint. See MOVIE (click link). Those paint microsamples had first been subjected to several microscopic techniques after embedding in resin and polishing. Virtual sectioning after XTM could be linked to our microscopic data base. 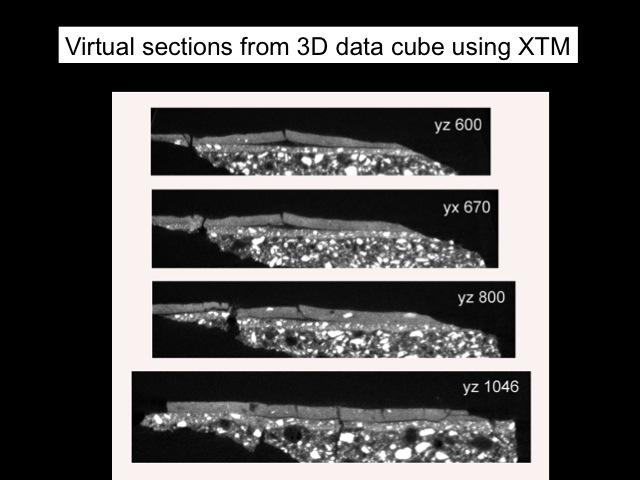 Vermeer applied his nano-paints as surface paints to obtain a rendition of the finest details.  Unfortunately, that painting technique did not survive the effects of aging and the treatments that were applied with good intentions to conserve the painting. Those paints are now extremely brittle and break like glass. Their attachment to the lower lead white layer is poor. The surface nanopaints respond differently to expansion and contraction than lower more coarse paint layers. This also visible in the paint loss from the map that is mostly painted with ochres. 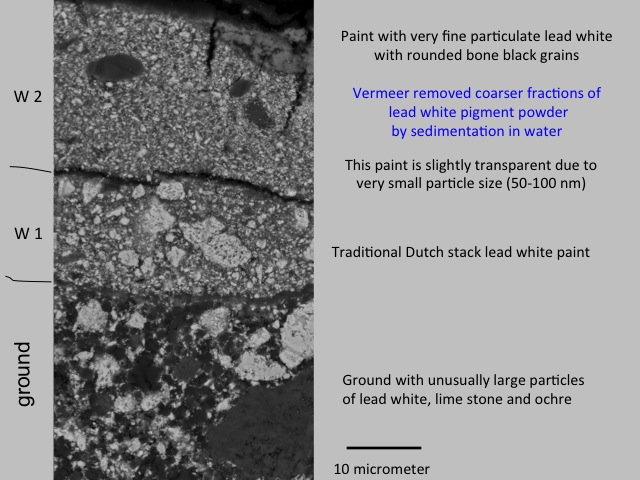 The photo shows the build-up of the paint in the white tile floor. The ground consists of very coarse particles, the first paint layer is a traditional Dutch stack white composition. The surface paint is very homogenous lead white nano-paint.